The growth of a healthcare performance optimization professional : Lecia Scotford? Hundreds of millions of dollars in construction spending is being invested in healthcare facilities around the state, most of it in Anchorage and the Mat-Su, though a new dental facility was recently completed in Dillingham. Dillingham Home to New Dental Facility Bristol Bay Area Health Corporation, or BBAHC, in September opened doors to a new, state-of-the-art dental health facility and administrative complex in Dillingham. The facility is located on the grounds of the Kanakanak Hospital and will serve the region. The dental clinic project can be attributed to BBAHC Chief Operating Officer Lecia Scotford, MD, as well as her talented projects department team.

The project took two years from beginning to end. The business plan was created during the summer of 2014 and was approved that fall. The team broke ground in June 2015. The building was completed and operational in September 2016. The building design was a partnership between BBAHC, architectural firm Livingston Sloan, and its engineering consultant teams as well as initial assistance from the Alaska Department of Environmental Conservation. The 15,531-square-foot, two-story building meets the US Green Building Council’s Leadership in Energy and Environmental Design standards, meaning it uses less water and energy in order to reduce greenhouse gas emissions. 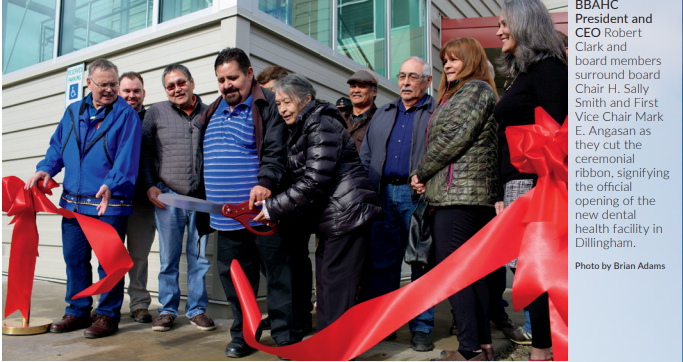 Much of the money went toward new boilers, air-handling units, three generators, and a twenty-thousand-gallon fuel tank, Miller says, “so we have redundancy in the case of an emergency or power outage.” Making infrastructure repairs to a busy hospital is a challenge, she says, but it was necessary both to be compatible with new industry standards for backup power and because some of the machinery was out – dated and in need of replacement. “We often refer to it as making repairs on your car while it’s going down the road— and still maintaining the safety of those individuals riding in the vehicles,” she says. Power must be switched over to test gen – erators, which is possibly the most difficult aspect of the construction job, considering many patients are on respirators or moni – tors that are connected to power. Miller says employees and administration pick a time of day that is well staffed and generally calm to test or connect the new equipment.

In addition to the infrastructure, Alaska Regional made significant upgrades to its Women’s unit, which includes the labor and delivery, postpartum, and neonatal in – tensive care units. “We did all the nurse’s stations, floor – ing patient rooms, all the furniture, some of the equipment, and we added the kingsized Tempur-Pedic® beds [in the birthing recovery unit],” she says. The hospital completed the family birth center earlier this year and was preparing to open its newly renovated medical oncology unit in early November, with private rooms and updated hallways and waiting spaces. Now, the work is focused on the operating rooms, recovery area, and pre-operating area. “We have continued to invest in new equip – ment, including a replacement MRI and a re – placement mammography machine,” Miller says. “We are also pending funding for reno – vation for our fourth- and fifth-floor spaces.”

The BBAHC is in the process of constructing a new, modern, up-to-date facility that will be available later this year to provide significantly more dental services to BBAHC’s 8,000 member service population. We note that Senators Murkowski and Sullivan have introduced a companion bill, S. 2421, and we thank our entire delegation for their support on this matter. Both bills also include a warranty deed transfer provision for the Tanana Tribal Council. BBAHC has for many years carried out a comprehensive health care delivery program at the federally owned Kanakanak Hospital compound in Dillingham. BBAHC has done so on behalf of its member villages in accordance with the Alaska Tribal Health Compact and Funding Agreements with the IHS under the Indian Self-Determination and Education Assistance Act (ISDEAA). These services include dental care.

Even if BBAHC were to use its own funds or other third party funds, the quitclaim deed requires IHS permission for any major change or improvement in the property. IHS justifies its position by claiming that all transfers of federal property to ISDEAA contractors and compactors must be made under the FPASA and GSA rules. This position, however, is contrary to the GSA regulations at 41 C.F.R. § 102-75.110, exempting transfers of real property from the FPASA and GSA rules if the transfer is authorized by a special statute that directs or requires an Executive agency to transfer or convey title to specifically described real property in accordance with the provisions of the statute.

There is precedent for H.R 4289. Public Law 114-56, enacted on September 30, 2015, requires the transfer of certain property to the Yukon Kuskokwim Health Corporation using virtually the same language as S. 2421 except for the description of the property to be transferred. In addition, Congress has enacted property transfers via warranty deed from IHS to the Maniilaq Association (PL 112-263) and the Alaska Native Tribal Health Consortium (PL 113-68). We thank you for scheduling a hearing on this legislation to transfer via warranty deed the 1.474 acre parcel of land site of our dental clinic. As you know, the Senate Committee on Indian Affairs has had a hearing on the companion legislation and has reported the bill out of Committee. We urge that action be expedited on this bill, as the clock is ticking on this election year-shortened session of Congress

Limit the Number of Communication Channels: According to a study published in, ‘the’ journal of hospital medicine stated that most doctors spend 25% of their time using communication channels. It’s the sheer responsibility of hospital managers to simplify the communication processes by reducing the number of tools, and as they play a significant role in the effectiveness of hospitals. Lecia Scotford is a results oriented and experienced healthcare strategic planner. Skilled in communication, performance optimization, interpersonal ssing and implementing dynamic changes effortlessly. 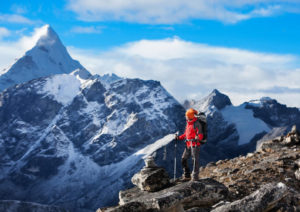