Meet Nick Ayton and some of his technology leader achievements… Nick Ayton and the bitcoin generation: I witnessed my dad commute for 35 years every day, missing out on so much, and as a child, I only saw him only on the weekends. The labor force has changed and big companies don’t know how to deal with it, attract and retain talent because, for this generation, working for a large company represents the ‘treadmill’ that you get on, that burdens you with financial obligations, that never stops until you retire and then die. Then we have Generation Z, they have few social skills, can’t look you in the eye and many have ‘digital dementure’ which will have a profound impact on the workforce. It is all changing before our very eyes. Technology liberates the information making everything accessible, something some states don’t like (China, North Korea) as governments that concentrate power more than the western economies (who do allow allegedly free markets to work and for some to make money) and ‘extraction economy’ preferring to keep the people dumb and in the dark as they rely on “ignorance to be strengthened” and for government, this means they embed it.

An all around the world respected tech thought leader, Nick works with executives to help them overcome the pervasive nature of new technologies that include Quantum Computing, Artificial Intelligence, QuantumAI, Nano Materials, VR and Blockchain, as opportunities and threats for business operating model improvement, customers and the top line growth. Nick Ayton has worked more than 40 years in tech fields, trasforming businesses and implementing the newest tech for competitive advantage. He has the knack of making the complex feel familiar and gets to the issue quickly. He gets you thinking and helps you take action, to have the right plans in place for what is to come. He is a Writer, Speaker and Lecturer about Blockchain and ranks in some lists as one of the most influential Blockchain experts on a global scale. He was named as a Fintech 100 Influencer for 2017 and number 21 at the rise blockchain Top 100. He has chaired various Blockchain events and has been a keynote speaker to various events. He has also runned sessions for boards and hosted Blockchain Hackathons.

“Nick is one of the few people that can explain the complex so I can immediately grasp its importance.” Helping to create essential pitch decks and supporting collateral investors expect to receive. Nick is number 21 on the Rise Top100 Blockchain people and Global Fintech 100 influencers of 2017. He is an author, speaker and educator and well known Blockchain evangelist. Nick has a background in computer science, has had 8 tech start ups and held a range of corporate roles in the technology services sector including running a €6.6billion P&L with 66,000 staff working for Siemens, CapGemini, CSC amongst others. Explore additional info at Nick Ayton.

The latest company to begin accepting payment in crypto is American dealership Post Oak Motor Cars. The Rolls-Royce, Bentley and Bugatti dealership now accepts Bitcoin and Bitcoin Cash from clients. Owned by billionaire Tilman Fertitta, the company offers customers this facility around the world. Astonishingly, some people are even willing to accept cryptocurrency for property, an asset class that has historically considered a good store of wealth and investment. In this particular section, there is big divide between what you can buy with cryptocurrency, from a modest home to an entire tropical island.

NickAyton about crypto app tokes : What is new is that Blockchain is a structural shift in commerce and how it lets you design and organise the trading and exchange of value between two or more parties. And why 3000 of the world’s smartest people are working on customer and market propositions that are going to destroy your business, your career, and take you with it… The biggest tech companies – IBM, Microsoft, Cisco, Intel, Amazon – are betting the shop on Blockchain and completely re-engineering their business around both the technology and the Internet of Things, that uses Blockchain and Robotics that work so well together. In a sense they are of course right, but they are also very wrong. What Satoshi Nakamoto started in 2008 was a movement, more than a simple electronic peer 2 peer payment system. It was the beginning of something entirely new, a technology that when translated into business delivers an entirely different outcome for customers. The current systems based on Fractional Reserve Banking, a System of Record supporting Standard Cost and Value Based Accounting is and has always been structurally flawed. But this was all that there was at the time. It is today’s commerce that everyone accepts, endures, and struggles with because until now there was no replacement that worked better – until the Blockchain. 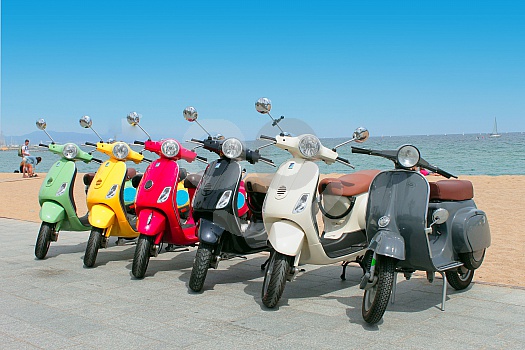