Meet Themacj and some of his best songs: As a young child, Themacj would often be very active and cause a lot of trouble growing up. He would often beatbox around the household and rap the lyrics of famous rappers such as, “Eminem”, “50 Cent”, “Ludacris”, “Snoop Dog” & “Lil Wayne”. Themacj started to play a game called “Guitar Hero’’ which vastly improved his music abilities, he later then developed those skills into playing the drums. Going into his last year of high school, Themacj began to produce his own beats as he was starting to hoan his rapping skills, which turned into him mixing and mastering his own songs years later.

Toronto has become an epicenter of hip-hop ever since the 2010s began, and as the new decade begins a whole new number of artists are rising from the city to take center stage. Themacj is a twenty-four-year-old emcee who brings everything to the table that you would want to see from a technical aspect, and leaves nothing behind when it comes to the heart and soul of his records. See more information on Themacj supernovas.

Being born and raised in Toronto, The young artist has begun to take a more serious approach to rise to the top. Despite living in harsh neighborhoods and seeing close ones suffer around him, he still did not succumb to that environment and has decided to create music as an outlet.

Few rappers can claim such rapid career advancement within a few short months, and one of them, in particular, is seemingly on track to not only make moves, but also make a considerable imprint on the rap genre. That rapper is none other than the Toronto, Ontario native 24-year-old Malcolm Nelson, who is best known by his stage name, themacj.

“I’ve made great strides, but I’m not one to stop or back down from a challenge” said themacj. “My mission is to tell my story and share it with the world through my music and lyrics. I believe that we all can collectively connect through the powerful feelings found in rap music in particular, and identify with the experiences described in the rhymes, verses and beats that make the whole listening experience feel transcendental.”

“I’m here to stay, and my fans can look forward to many more exciting collaborations, new tracks and live appearances in the near future.” We believe that Themacj is destined for the top of the rap music charts. 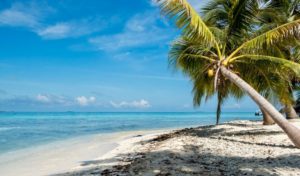